The term “wind chill” goes back to the Antarctic explorer Paul Siple, who coined it a 1939 dissertation, “Adaptation of the Explorer to the Climate of Antarctica.” During the 1940s, Siple and Charles Passel conducted experiments on the time needed to freeze water in a plastic cylinder that was exposed to the elements. They found that the time depended on how warm the water was, the outside temperature and the wind speed.

However in simple terms Wind Chill is the temperature it “feels like” outside and is based on the rate of heat loss from exposed skin die to the effect of wind and cold.  The basis for calculation was changed in 2000 (using real people rather than plastic bottles ! – see below for a more detailed background) and is now calculated using the following formula

In the formula, V is in the wind speed in statute miles per hour, and T is the temperature in degrees Fahrenheit. ^ means the following term is an exponent (i.e. 10^(0.5 ) means 10 to the 0.5 power, or the square root of V).

Pictorially the formula can be seen as:

So for example if the temperature is -1C (=30F) and the wind is blowing at 15mph it really feels like -7C (=19F) – to convert fahrenheit just deduct 32 from the fahrenheit number and then multiply by 9/5.

Further Background to the Change

The old formula has been in use for over 50 years in many countries of the world, despite the obvious fact that the human face is quite different from a plastic cylinder, and that the wind speed at face-level (about 5 feet or 1.5m above ground) certainly is much lower than that on the high standard anemometer mast!

In Canada and the USA, dissatisfaction with the old calculation resulted in a cooperative work of the Meteorological Services of Canada (MSC), the US National Weather Service (NWS) and several other members of academic research to build a new scientifically sounder formula. Besides much mathematical modelling, real human experiment was also involved: “volunteers” were exposed, with temperature sensors attached to their face, to various windy and thermal conditions in a wind-tunnel.

All this led to the new wind chill formula which is based on the following important assumptions:

The following graph (courtesy noaa) shows that the differences between the old and new formulas are quite marked: 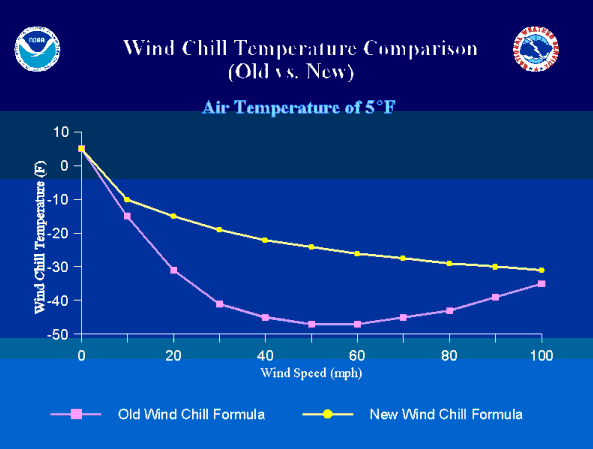 Is is amazing to think that for almost 50 years the world relied upon a formula which deviates from the newer (assumed scientifically more correct) by nearly 25 °F ( ~ 14 °C) at an air temperature of 5 °F!

Using the new WCT, frostbite will occur in less than 10 minutes according to the following table once the wind gets above 35mph: 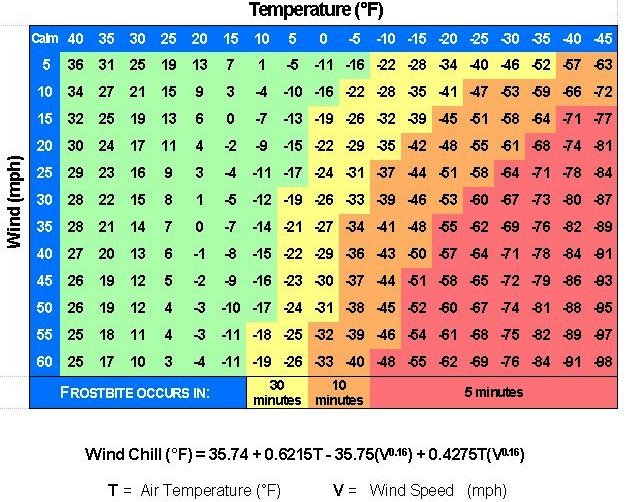 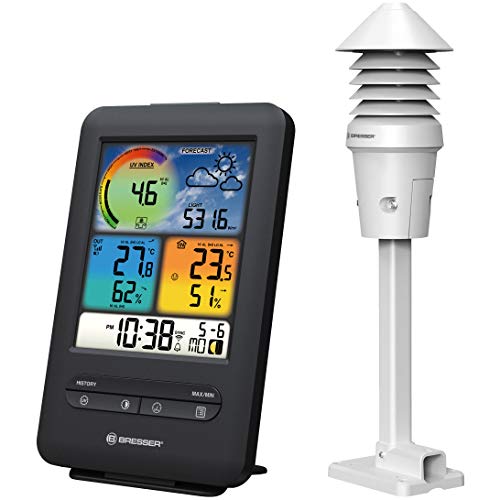 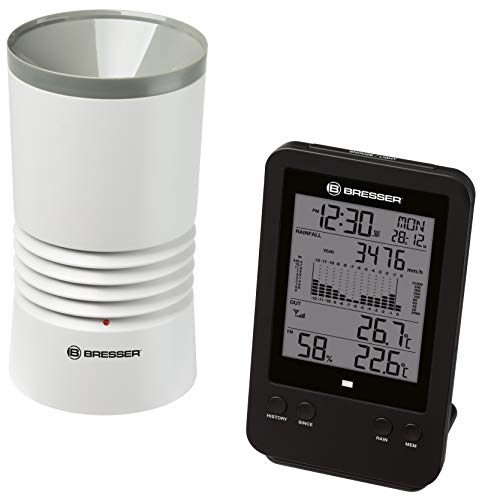 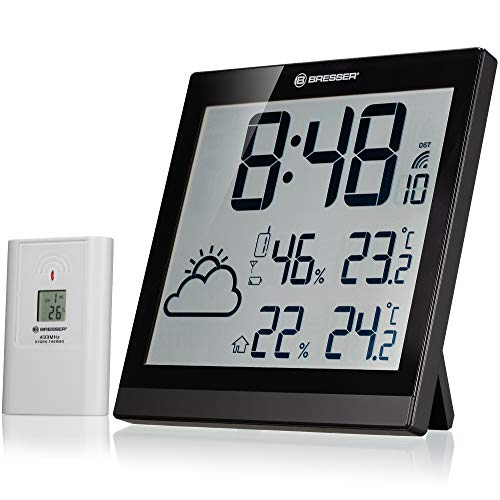